UPPSALA CASTLE IN THE CENTRE OF EVENTS

In 1549 Gustav Vasa started building a fortress at Kasåsen in Uppsala. The king wanted to protect himself not only from the Danes but also from his own rebellious subjects. So he had defensive fortifications built in strategic spots around Sweden. After Gustav Vasa’s death, his three sons took over the construction and by the early 1600s the castle had become a magnificent palace with three towers.

Since that time, the place has been at the heart of momentous events and decisions. The year 1567 left its mark in the history books. That was when the mentally deranged King Erik XIV had a number of noblemen murdered in what were known as the Sture Murders. About a hundred years later, in 1654, the castle’s Hall of State was where an event took place that shook Europe. Queen Christina abdicated the Swedish throne. In addition, she became a Catholic, which shocked Europe, a continent that had just survived a 30-year religious war. Ironically enough, Sweden had decided in the same hall – just a few decades earlier – to enter the war on the side of the Protestants.

The castle has also been the venue for seven coronation ceremonies, the most magnificent festivities of all time. When Erik XIV was crowned in June 1561, the festivities lasted for six days. 7,000 guests were invited and the tables in the Hall of State were fully occupied. 300 sheep, 64 oxen, 500 geese and 1,000 chickens were cooked every day. There was even a traditional coronation ox for the public who had entry to the festivities, and there were fights among people trying to get their share. The meals alternated with jousting tournaments, dancing and knighting ceremonies. The festivities concluded on the sixth day with skyrockets and fireworks. 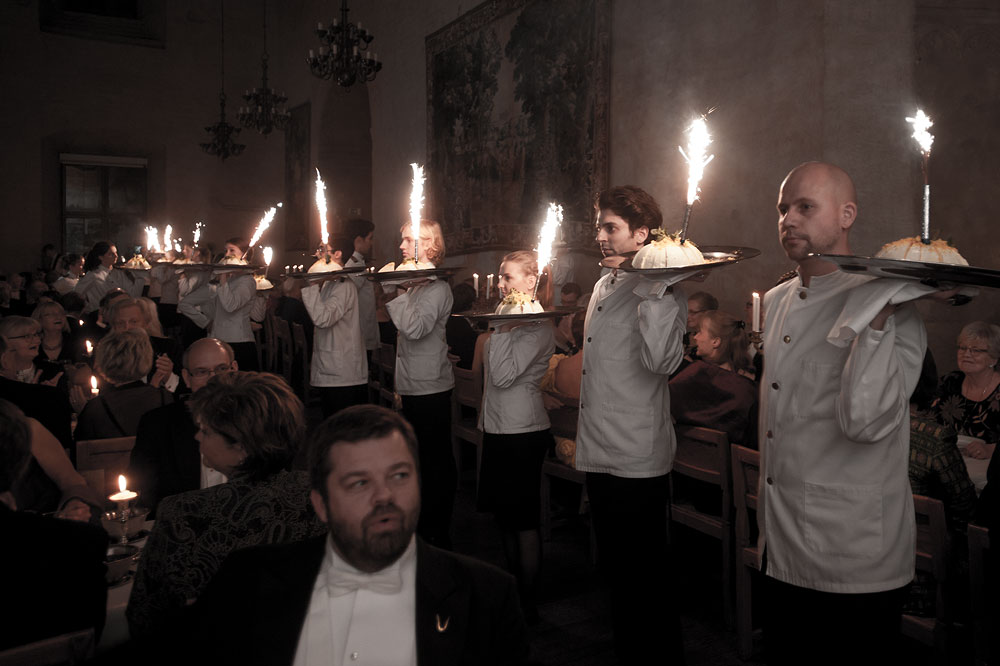